Just a quickie while I work on something else. Though some of the visitors to this new blogsite might not have cottoned on, it’s not just another exercise in let’s-pretend – it’s run by psychologist and sceptic Professor Richard Wiseman as part of a current project of his. Without wishing to put words in his mouth, he is gathering data on public perceptions of the paranormal, not so much the paranormal itself. Which, let’s face it, is where the real interest lies in the field. With that in mind, hopefully this won’t throw any tiny spanners into the works. In fact, I imagine the opposite is the case – debunking is one reaction to ghosty pics that I imagine Wiseman is interested in observing!

Anyway, one of the pics caught my eye – the one with the cannon taken in an “unspecified location”. Come on The Scotsman, it’s Edinburgh Castle, FFS! How could you miss that? Anyway, here’s the pic;

Superficially impressive and ghosty. But as plenty of people have spotted, looks a lot like a double exposure. And it’s not a ghost – it’s a military coat of some kind – little surprise when you consider the setting, which is not only an active military base but also home to museum exhibitions. Here’s a quick and dirty mock-up, taken at the same location and then faux-double-exposed using a shot of First World War era (Scottish!) cavalry greatcoat, and rudimentary Photoshop skills; 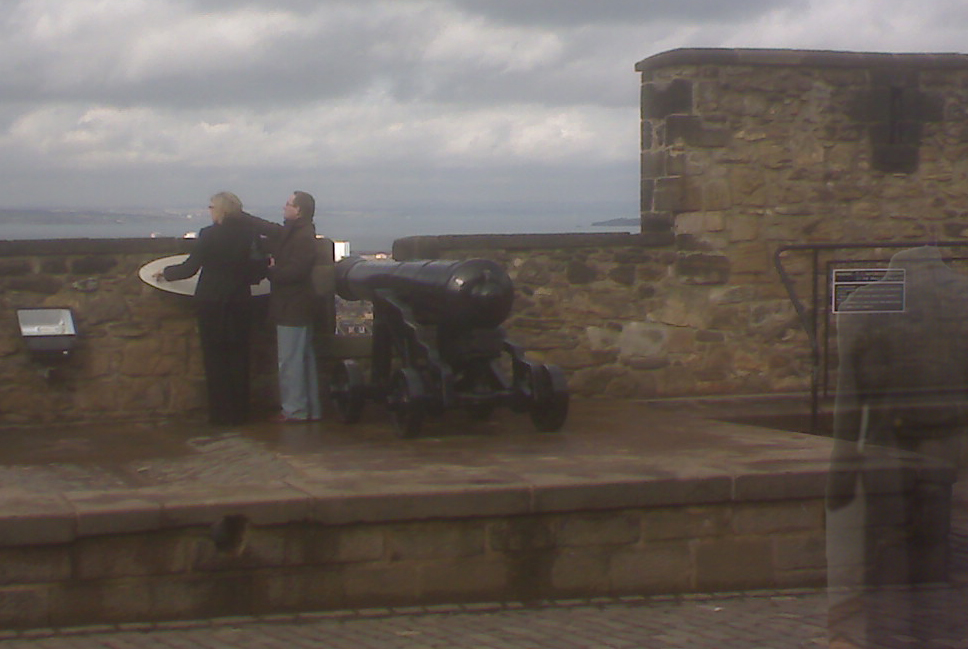 The same effect could be achieved more faithfully by using a manually-wound 35mm film camera and unseating the reel in order to expose the same frame twice. But I’m no photograper – any other tips or ideas for rational explanations for this one are gratefully received! But let’s face it, even this quick job makes a paranormal explanation a heck of a reach.