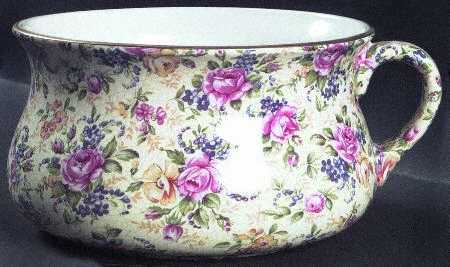 Those of you who like to get your knickers in a twist over my output may have been thinking that I’d given up. Not a bit of it! I’m back with a (much-delayed) request from JREF forumite jimbob, who asks “do you have any more information about whether “taking the piss” came from saltpetre?”. He pointed me to this explanation for the popular UK English expression;

So desperate was the need for potassium nitrate (aka saltpetre) for making gunpowder that when it was discovered that it could be made from urine King Charles I issued a proclamation that families had to collect the urine of their livestock and hand it over to ‘Saltpeter men’ who collected it daily. The powers of the ‘Saltpeter men’ were later extended to allow them to to dig up the urine soaked floors of all dove-houses, stables, cellars, etc. To facilitate this, it was illegal to cover the floors with anything other than ‘mellow earth’.

I hadn’t actually heard this particular etymology before, but I was familiar with this alternative version;

The UK once had a substantial wool trade. In fact, England’s medieval prosperity was founded on wool. In the 13th century there were three sheep to every man, woman and child and wool was the biggest export. At this time, the job of the “fuller” was vital. The fuller was responsible for treating the wool with urine. Officially recognised as one of the worst jobs in history, the fuller spent all day trampling wool knee-deep in barrels of stale urine. It would take a good couple of hours of urine-soaked trampling to produce decent wool. Fulling went back to ancient times, but in medieval times England needed lots of fullers and lots of urine.

The very fact of there being two versions suggested to me that at least one of them was BS – though it could of course be the case that both of these industries contributed to the practice that in turn generated the saying. Let’s start with how likely the claim is in itself.

That ‘Night soil’ men existed, and collected both human excrement and urine door-to-door until fairly recent times, is beyond doubt. Modern sewage systems and artificially produced chemicals have made it redundant, but before that they provided a useful service – the alternative being to throw your urine into the street or nearby body of water.

It’s also true that both industries exploited this free resource.

So far, so good. But such quaintly plausible stories are behind many false etymologies, by way of retrospective explanation – people look through the historical record for things that bear some superficial similarity or inferred connection, and put it forward as a suggestion. Over time, the explanation gains credibility through repetition, regardless of any gaps in reasoning, references, or chronology. At best, these hypotheses are unprovable exercises in creative thinking. At worst, they trivialise real history. I have been told by an official guide at one Renaissance-era property that the dining table there had a removable top in order that it could be licked clean by the family dogs ready for the next course.

Where’s the connection here? Urine, obviously, but beyond that – why would such a phrase spring from that job? I’ve heard it suggested that the connection in respect of the lowly job itself – that the piss collectors were ridiculed for doing so, therefore someone who is ridiculed might be compared to them. But it’s a rather bigger logical stretch, and we’d want to see some evidence that this was the case – a memoir, some oral history, something. In any case, this was by no means the only low-status job out there, and I can’t see people who were willingly giving their waste products to these men, ridiculing them for it. I mean, you don’t mock your bin-men for ‘taking your refuse’, do you?

As ever, the only way to confirm is to look for the earliest usage of the phrase, and its context. The slang dictionaries put it at the first quarter of the 20th century, whilst the earliest I could find was from 1945.

This is certainly within the period of urine collection that we’ve been talking about, though not at the height of saltpetre production (over a century prior).

It’s worth nothing here that the variant phrase ‘take the mike’ pre-dates ‘piss’ by twenty years. Aside from the potential implications for ‘piss’, it certainly seems to undermine the suggestion that ‘mike’ came from ‘piss’ via Cockney rhyming slang.

We’ve seen nothing to discount the night soil interpretation as yet, but what of other explanations? The Dictionary of Contemporary Slang by Tony Thorne says that;

“This vulgarism has been in widespread use since the late 1940s. The original idea evoked by the expression was that of deflating someone, recalling the description of a self-important blusterer as ‘all piss and wind.'”

Looking at that phrase in turn, we see that it was in existence in advance of the others – back at least as far as 1922, from the famous writer James Joyce, no less.

Interestingly, the presumably related “take the wind” expression dates all the way back into the 19th century, and was still in currency into the “piss” period (though it only references the “wind” bit), for example this piece in Fraser’s magazine (1857), and forward in time to this quote from 1935.

If there’s a flaw in all this, it’s the added complication of ‘take the wind of his sails‘ (another here), one with an obvious maritime origin that could conceivably have nothing to do with all this piss.

In any case, “piss and wind” can tentatively be traced back again to “piss proud” – a term for what we would call ‘morning glory’ – the idea being that even a worn-out old codger could wake up apparently virile and manly, but as his erection faded (people thought it was caused by urine build-up rather than erotic dreams), it would be clear that it was only superficial. Hence if someone was very full of themselves, and it wasn’t justified in the eyes of his peers, to take him down a peg (another similar term of course) would be to take the wind out of him, or to be more poetic about it, to take the wind out of his sails, or finally, if one wished to be crude, to ‘take the piss out of him’. This is all summed up rather more concisely over at Wide Wide Words.

So, nothing too conclusive, but hopefully this exercise does demonstrate that the neat ‘night soil’ interpretation is without evidence, and that are better ones out there. Ultimately, I think we just have to accept that firm origins for these things are often elusive. The best of them are still only suggestions.

7 thoughts on “Are You Taking The Piss?”