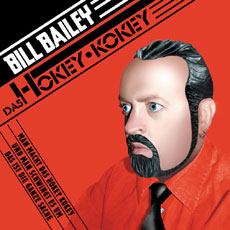 What if the Hokey Cokey IS what it’s all about? Catholics in Scotland seem to think it might be. These days the long-running religious struggle in the British Isles between Catholicism and Protestantism is often (thankfully) played out through (arguably) less violent means – football, or soccer to you Americans.

It is this battleground that underlies a recent political storm over, believe it or not, the Hokey Cokey. Some Catholics (namely one Cardinal Keith O’Brien as well as politician Michael Matheson) are claiming that it originated as a slight against the Eucharist – the symbolic cannibalism of Christ. There’s a good summary of the story here, and the specific claim appears in the Times article here;

Is it, though? One exasperated commenter to the Scotsman newspaper points out that the song we all know today was not written in the 18th century, nor even the 19th. And the writer was a Catholic himself, a man called Jimmy Kennedy. It was released in 1942 and became a big hit amongst those of the Cockney persuasion.

However, as you will see from the above link, the old “you put your left X in, your left X out” routine was already well established by 1883, and that was in America (Games and Songs of Children by William Newell). In fact Jimmy Kennedy’s song was copyrighted as the “Cokey Cokey”, and was clearly based upon something already extant. Newell’s book itself points out that in England, the same song went by the name “Hinkumbooby”. The same goes for Scotland, as this book shows. There are similarities here – a silly dance involving a ring and bodily appendages, with a nonsense key-word. It may even go deeper than this, however. The original tune, pre-Kennedy, was “Lillibullero” – an overt pisstake of Catholicism by Protestants dating to the mid-17th century.  It has a longer history of aggression than even that, being adapted by the Orange Order as “The Protestant Boys” and used to abuse Catholics during the Troubles. Things really get interesting when you realise the prominence of the “hinkumbooby” variant of the song and dance amongst the Shakers of the US. Shakers being a radical Protestant sect formed in reaction against perceived Catholic persecution, escaping to America in the 18th century. It makes sense that a traditionally anti-Catholic rhyme would remain in currency in a culture like this, even if its significance might well be lost over time.

Whatever weight all this lends to the Catholic claim, the specifics are still somewhat speculative, ie the limb movements and words themselves being a direct perversion of a certain Catholic ritual. An SNP minister has pointed out the similarity of the phrase itself “Hokey Cokey ” (and the variant Hokey Pokey) to “Hocus Pocus”.This is a well-known phrase for nonsense, which is innocent enough on the face of it. One variant of the rhyme includes another nursery rhyme, “looby loo“, which also appears to talk about acting crazy or silly in some way. Crucially though, “hocus pocus” specifically (rather like “mumbo jumbo” refers to magical or superstitious nonsense – exactly what the older Christian rituals came to be seen as by Protestants. The icing on the cake etymologically  (and perhaps too conveniently) is the “hocus pocus” – hoc est corpus connection. This is what is being claimed today, and it likely originates with Tillotson back in 1684 in his criticism of the ritual of Transubstantiation. I have my instinctive reservations about this, and I see they are shared. I look at it this way – at best, Tillotson got it right, and hocus pocus really was a mocking of Catholic ritual. At worst, he made it up, but the claim is itself ancient enough to carry weight – to get Protestants using it against Catholics. Not that this is even necessary – the common-currency usage to mean “magical nonsense” would be enough to support the “hokey pokey” connection given the other evidence presented here. The subsequent mutation to “hokey pokey” is likewise not too great a stretch, though one should never rely upon similarities like this. “Notes and Queries” has more on the phrase.

Some argue that  “hinkumbooby”, “hokey cokey”, and hokey pokey”, are corruptions of one another, which could reinforce the “hocus pocus”  connection. You’d want to be sure of your dates for this to truly dovetail however, and I am not. The variants seem to have existed concurrently on both sides of the Atlantic. The other evidence is enough for me to give this claim a Mythbusters-style “plausible” verdict though.

Regardless of the historical reality (or otherwise), as with any so-called “hate crime”, context is key. In the playground, innocence robs the rhyme of any such power (if it ever had it). In the football terrace environment of rivalry, aggression and animosity, it’s easy to see how even a chant whose meaning has been forgotten (or never existed!), can become a powerful insult. This makes the etymology stuff somewhat of a red herring. If Rangers fans are singing the hokey cokey in order to poke fun at Catholicism,  then that’s the meaning of the song – regardless of past meanings it has carried. and  regardless of how much more heinous it might seem to some if it really were a perversion of Catholic phrases. Which brings us to whole problem with the idea of a “hate crime” – second-guessing what other people know, think, and intend, when the language being used is ambiguous. I won’t touch that one with a ten-foot pole, however!

The irony here of course, whether or not my assessment is correct, is that by pointing out this origin story for the rhyme, the Catholics are actually drawing attention to it,  potentially bestowing it with more context and therefore “hate” power than it could ever have had intrinsically. It’s obvious that the vast majority of people, even at Rangers v Celtic matches, wouldn’t have known about this origin/interpretation. The “nonsensification” effect of repetition is seen in playgrounds across the world, where new rhymes with topical, even political themes are rapidly mutated, Chinese-whispers style, into meaningless verse. Without this reminder, and with the widespread usage of the rhyme as a bit of fun nonsense, the hokey-cokey might just finally have lost its power to offend. The cynical might even suggest that elements on both sides relish the conflict, and making publicity out of it is simply stirring the pot. Hope for some measure of (further) reconcilation is not lost however, as according to the Times, fans on both sides of the divide are planning, on Dec 27th at Ibrox, to taunt those crying “hate-crime” with a rousing joint chorus of the “Hokey Cokey”. Puts the whole thing in perspective, doesn’t it? Unless this is just another “Christmas Truce” (and there’s an article for another day!).